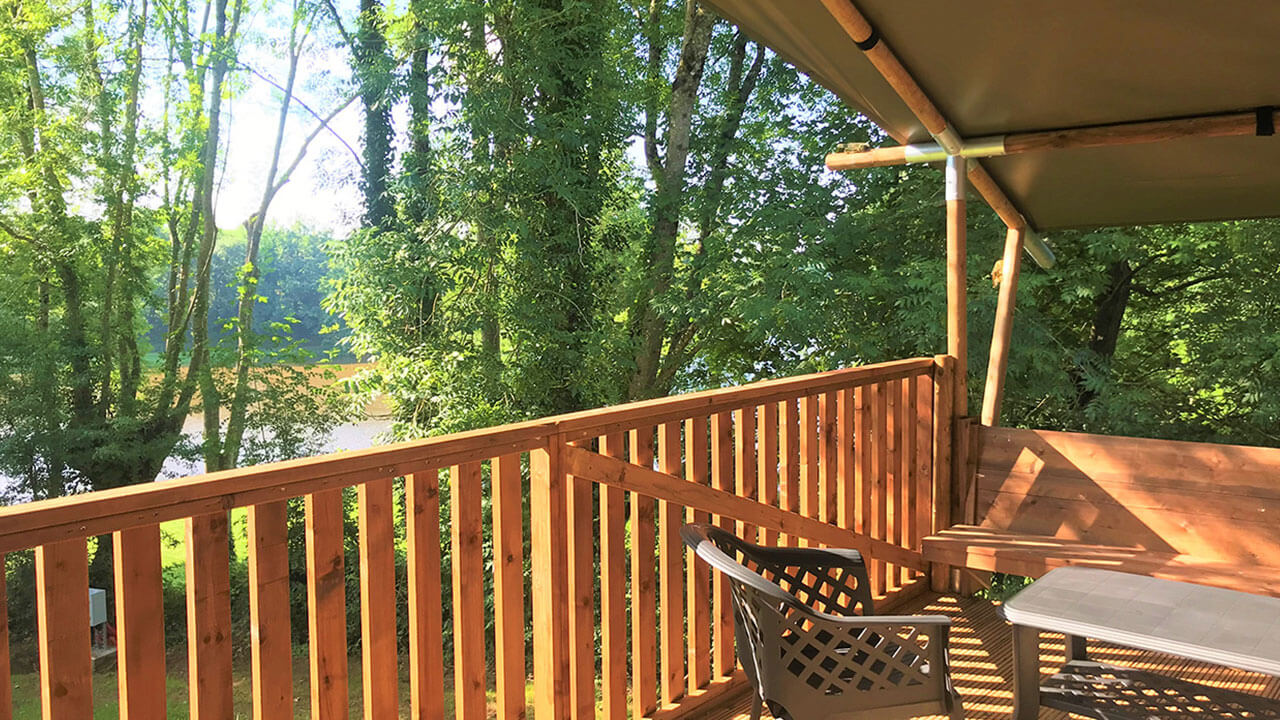 We limit ourselves to a thoughtful selection of safari tents. The tents were developed based on wishes, reviews and feedback from campground owners and guests received by booking platform Vodatent.

Vodatent is well known as a tour operator. With over 500,000 visitors to our websites, we provide great reach and bookings on the safari tents we provide with Safarilodgetent. We enter into long-term partnerships with recreation operators to get more return on camping sites by installing and renting safari tents.

Our Woody line of safari tents have been developed by us from 2019. Due to the increasing demand for sanitary tents, we have developed tents that are winterproof, no longer require a winter cover and last about 8 years. These tents feature wooden frames, FR1 flame retardant canvas and PVC roofs.

Through our unique configurator on the website www.safarilodgetent.com you can easily configure your desired tent in a few simple steps.

Jaap van der Vlist is the founder of Bellegarde Safaritents, the company behind the Safarilodgetent website. With his own campsite in France, he thought it would be fun to put up safari tents to rent out. These were hard to come by in Europe and because of this, Jaap started developing his own tents.

Because of the beautiful appearance of the tents and the many positive reactions, Jaap was soon asked if he wanted to sell the tents to other campsites as well. This is how Jaap helped campsites in France get the first glamping tents.

Since 2022, Jaap has been taking it easy, he stopped camping and sold Safarilodgetent to Vodatent who had been a Safarilodgetent customer for many years. As one of the founders of Glamping and Safari tents in Europe, we have named the models developed by Jaap van der Vlist after Jaap. On our website you will find these as Jaap tents.

Unique at Safarilodgetent is our TentAbonnement by which one pays a fixed price per year for the safari tents. The TentAbonnement can be compared to “Operational lease.”

When opting for a collaboration Plug In in combination with TentAbonnement, it is possible to offset the costs such as rent, set-up and transportation with the income from bookings. This way, there is no need to invest all at once and an immediate return can be made from the safari tent from the first year.

Are you interested in partnering or safari tents? Then contact one of our glamping consultants. We are happy to help.

We use cookies on our website to give you the most relevant experience by remembering your preferences and repeat visits. By clicking “Accept All”, you consent to the use of ALL the cookies. However, you may visit "Cookie Settings" to provide a controlled consent.
Cookie SettingsAccept All
Manage consent

This website uses cookies to improve your experience while you navigate through the website. Out of these, the cookies that are categorized as necessary are stored on your browser as they are essential for the working of basic functionalities of the website. We also use third-party cookies that help us analyze and understand how you use this website. These cookies will be stored in your browser only with your consent. You also have the option to opt-out of these cookies. But opting out of some of these cookies may affect your browsing experience.
Necessary Always Enabled
Necessary cookies are absolutely essential for the website to function properly. These cookies ensure basic functionalities and security features of the website, anonymously.
Functional
Functional cookies help to perform certain functionalities like sharing the content of the website on social media platforms, collect feedbacks, and other third-party features.
Performance
Performance cookies are used to understand and analyze the key performance indexes of the website which helps in delivering a better user experience for the visitors.
Analytics
Analytical cookies are used to understand how visitors interact with the website. These cookies help provide information on metrics the number of visitors, bounce rate, traffic source, etc.
Advertisement
Advertisement cookies are used to provide visitors with relevant ads and marketing campaigns. These cookies track visitors across websites and collect information to provide customized ads.
Others
Other uncategorized cookies are those that are being analyzed and have not been classified into a category as yet.
SAVE & ACCEPT